When the Holiday's are over and it's five or six weeks to the Super Bowl... what are you going to do on Sundays? How testing your shooting skills and getting to know other clubs and shooters in the area?

That's what the Winter Jack Rabbit is all about; meeting other shooters, seeing different clubs and shooting when it can be a little tough. Here's how it works. Five local clubs are involved:

Each Sunday, beginning the first Sunday in January, one of the four clubs listed above will host a Jack Rabbit shoot and members from each participating club come to shoot. The schedule "goes around" three times and concludes in March with a roundup Calcutta shoot on the tenth Sunday. The scheduling order varies from year-to-year but is generally set-up and published in early December. It's the idea of "jumping" from club-to-club each week that led, many years ago, to the "Jack Rabbit" name. And, it's been going on for more than 30 winters, so somebody must be having fun at it.

There are five Lewis Class payouts each week for individual shooters and three Team payouts (50%/30%/20%) as well as a High Gun and $50 for a 50 straight score. Since the Jack Rabbit is designed as a competition between the clubs, each club's "team" for that week is determined by the top five scores for each club. Shoot one of those top five scores and you're on the team for that week. If your team hits a Lewis score you share in the Team Purse payout.

The program fee is established each year but it's generally around $25 a week. This fee covers the weekly prize monies, the carryover, Special Event jackpot and the clubs' target costs.

The Jack Rabbit concludes in March with the final session Special Event.  The shooting format is the same but a Calcutta 'auction' is held where the participants bid on the shooters.  The bid money pot is paid out based on the shooters' 50-target Special Event score and is split between the shooter and the person who "owns" the shooter for that event. The carryover jackpot purse is paid to each club one week from the Special Event day. Shooters must attend at least six of the first nine Jack Rabbit shoots in order to qualify for the Jackpot payout.

So, if you're looking for some variety in your shooting and that on some wintertime Sunday's can be a real "character-building experience," come out in January and try the Jack Rabbit. You might win a little, but for sure, you'll have a good time and will meet some really great, new people. 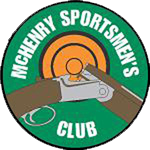 Take IL-47 south from Elburn to Keslinger Road. Turn west on Keslinger. Club is about 1/2 mile from intersection on south side of the road.